Muslims pray 5 times a day.  This is called Salah which is one of the 5 pillars of Islam.  Prayers are said at dawn, mid-day, late-afternoon, sunset and nightfall. Each Salah is performed facing towards Makkah in Saudi Arabia. Children should start praying 5 times daily at the age of 10 or 12. Prayers help Muslims communicate and worship God. Prayers are said in Arabic and Muslims wash themselves in a special way before praying.  This is called Wudhu. In Salah, Muslims follow set movements called rakaahs which include kneeling, bowing down and sitting.

The Prophet Muhammad (PBUH) said that prayer said together is twenty five times better than the prayer offered alone in a house or at work.

Children to watch the video of the boy praying Slalah.  Then children have a go and copying the prayer.

Show children an image of Mecca and explain that it is a holy place, in Saudi Arabia, where many Muslims travel to, to pray. 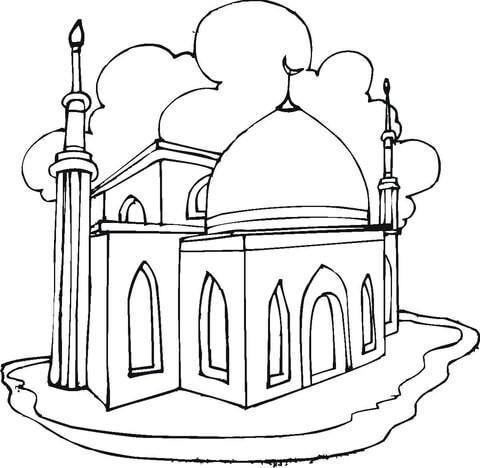 Children to decorate a mosque and some Islamic patterns. (see link below)

Discuss the  similarities between how Muslim’s pray and how we as Catholics pray.

Have a look at some Islamic patterns and talk about how Islamic art has influenced the world.  What shapes can the children see.

Outside children to make Islamic art patterns using sticks, either imprinting in dirt or by placing sticks into patterns.